Aloo Chops or should that be Chop?

I can't quite make out if it should be chop or chops.  Either way it is potatoes mashed and filled and fried - a bit like Spanish croquettas.  And just as irresistible!  I was reading the other day that there are over 3,000 different varieties of potato in Peru, and over 5000 worldwide.  That is gobsmacking - and to think we see about 6 kinds in the shops here.  I wonder if Sir Walter Raleigh only brought a couple of types back with him, and how did he stop them sprouting and going green on the long sea voyage home?  It's not like he had a fridge on the ship!  Seedlings you fool, I can hear you saying.   Ah yes, you are right, savvy reader.
I have fond memories of my dad grating bucketloads of spuds with a nifty little red hand grater thingy.  Mum used to make potato fritters for our dinner now and then, which she used to grate with a normal box grater.  Or she would persuade our dad to grate them due to his manly strength.:)  Then mum discovered a grater that had a handle you could turn, which meant grating potatoes for 6 only took half an hour instead of an hour or more.  I suppose it was a version of rosti really.  She would then send one of the 4 children down to the local fish shop to buy some flake (gummy shark), for which she would make her own batter and fry up to eat with aforesaid potato fritters.
I found this recipe in a really ancient Margaret Fulton cookbook - Book of Indian Cooking, probaby as authentic when published in the mid 1980's as your local Indian takeaway.

This is a fairly easy recipe, with just a bit of fiddling about.  You first have to boil and mash the spuds, then cool them down before filling with the pre-cooked and cooled meat mixture.  Then you get ready to fry baby, fry!  Ok, I confess -  I do not like deep frying, and usually bake everything in the oven instead.  And when it can't be helped, Mr Pickings takes over and he does the frying in an electric pan out on the back deck.  Cos otherwise we end up with spatter all over the kitchen walls and floor.  How is it possible?  I don't know how it can spread out 3 metres from the stove top but it does gentle reader, it does.  So there are 3 parts to this recipe, all really easy. First make the mashed potato, then make the meat filling.  Form the meaty, potatoey patties and fry up.

Peel and chop the potatoes into large chunks
Boil in salted water till soft
Drain and mash with the milk
Allow to cool
Heat the oil in a frypan
Fry the onion and ginger till golden and soft
Add the mince, sultanas, and all the aromates except the fresh coriander into the pan
Stir the mince around till it has browned and separated into small pieces
Fry gently for about 15 minutes till it is cooked and fragrant
Stir in the fresh coriander
Allow to cool
Scoop up a handful of the cooled potato and make a large dent in the middle
Spoon 3 tsp of the meat mixture into the dent and fold over
Gently roll it together till you have a fat and happy patty
Keep going till you have 8 round patties
Coat them in plain flour
Shallow fry a few at a time till golden
Keep frying till all 8 are looking beautifully golden and smell delicious

Ok I have to admit it - Mr Pickings had to watch over me while I did this as he is so much better than me at frying. They turned out pretty well!  But I did have to scrub down the plastic table that I cooked them on in the courtyard.  (Ok ok I have a weird phobia about spattering my kitchen).  Then Mr Pickings literally had to drag the table into the backyard to hose it down cos I had used so much cleaning spray.  Yep I am undeniably weird. 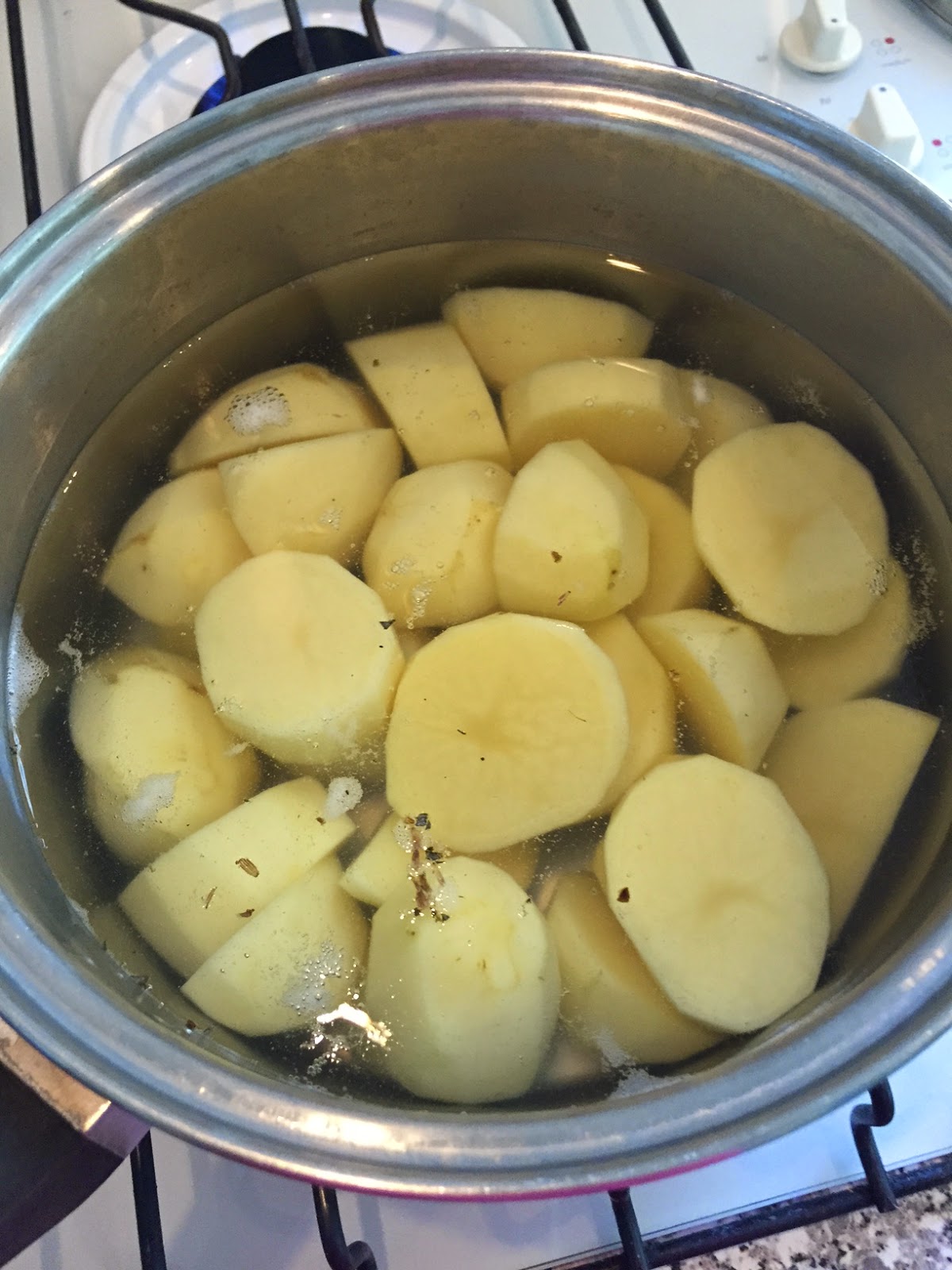 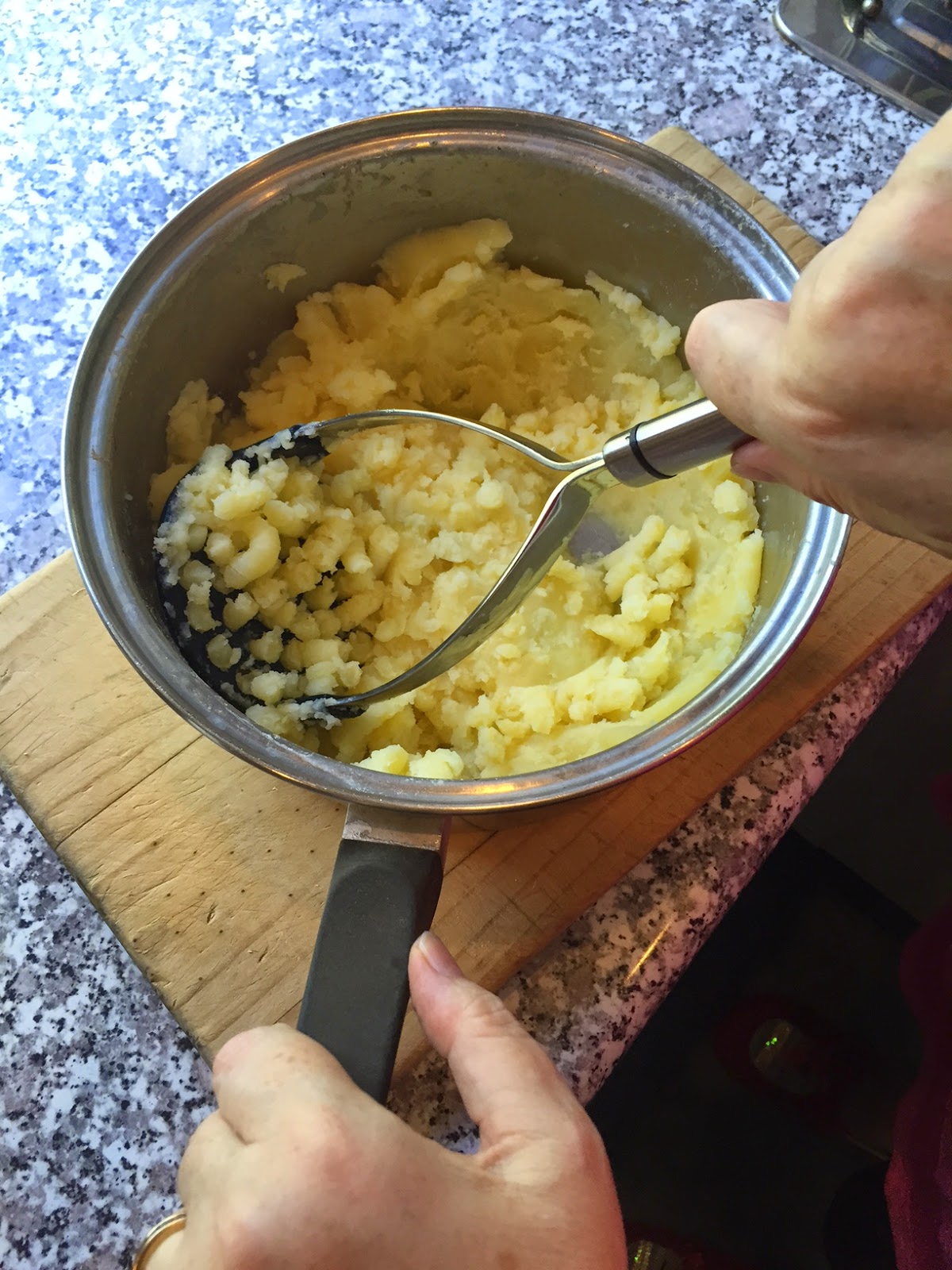 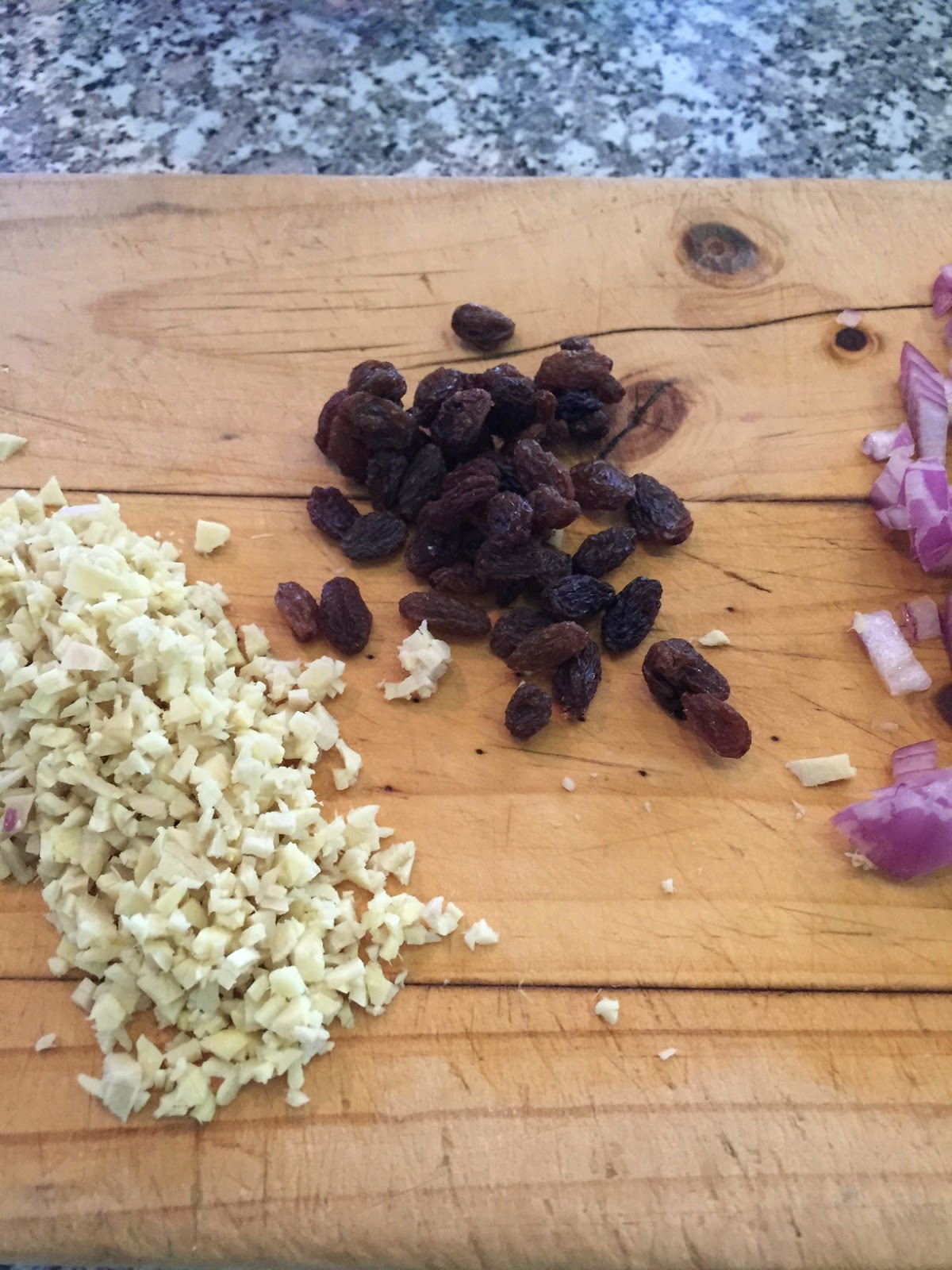 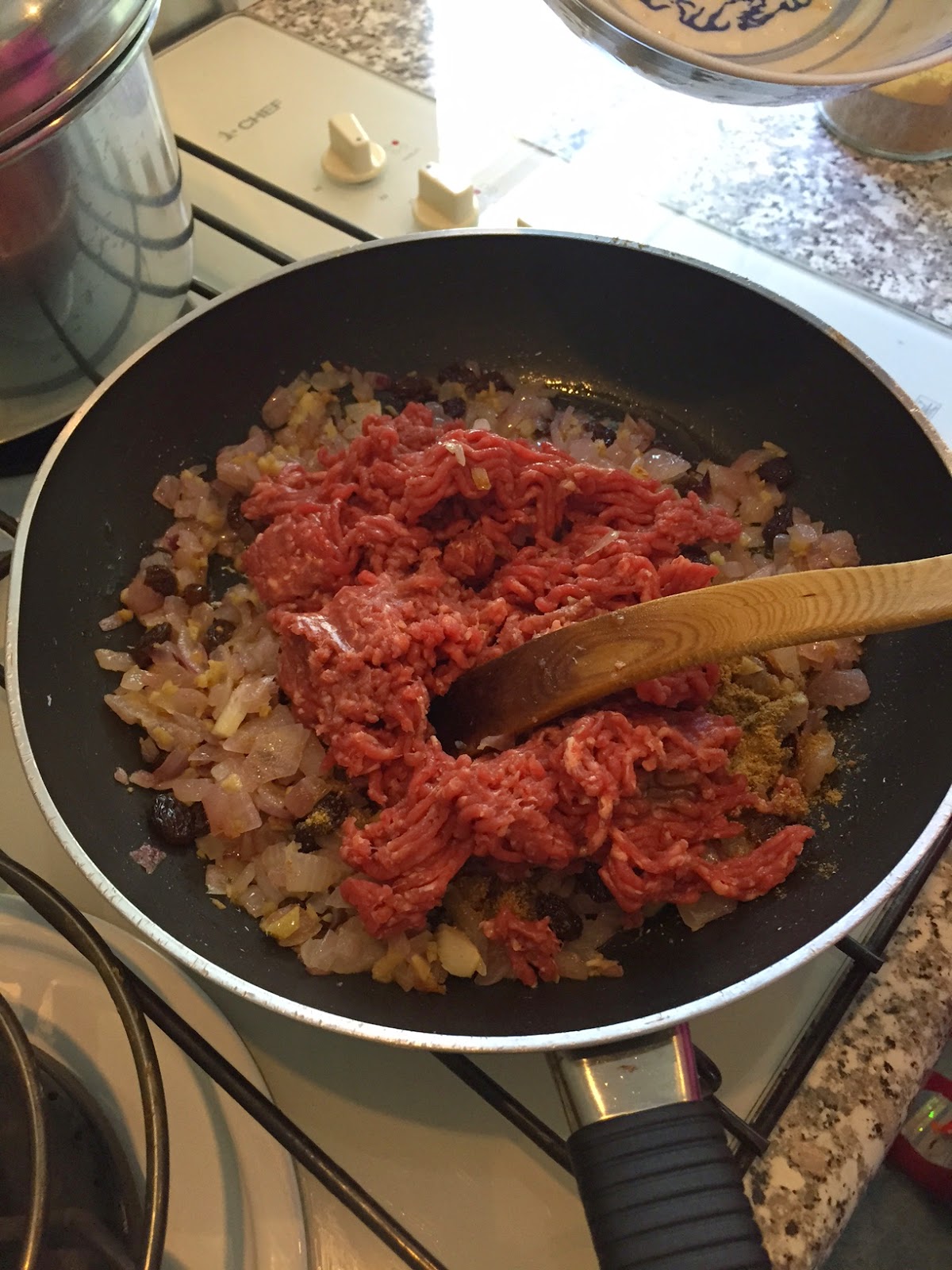 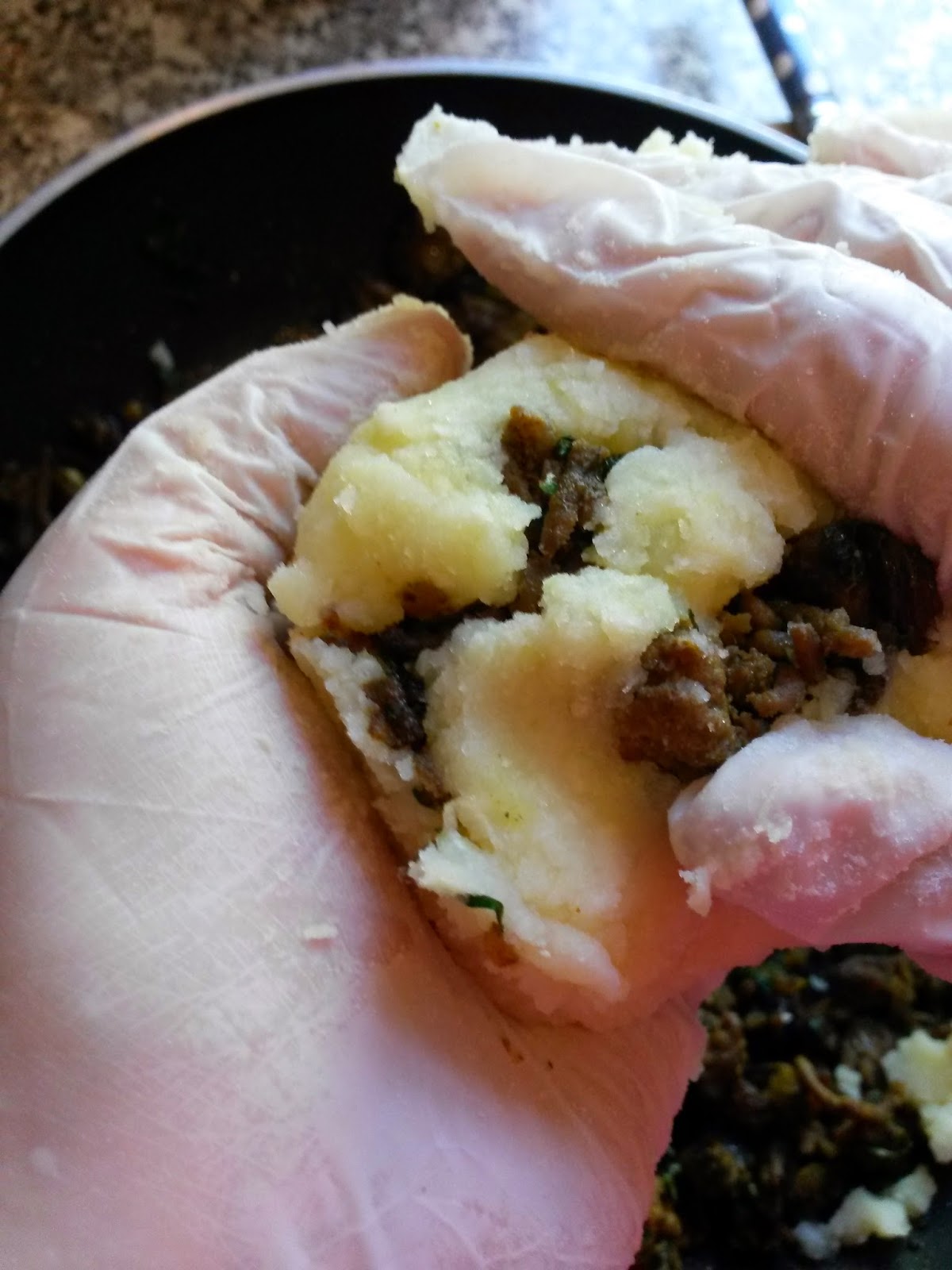 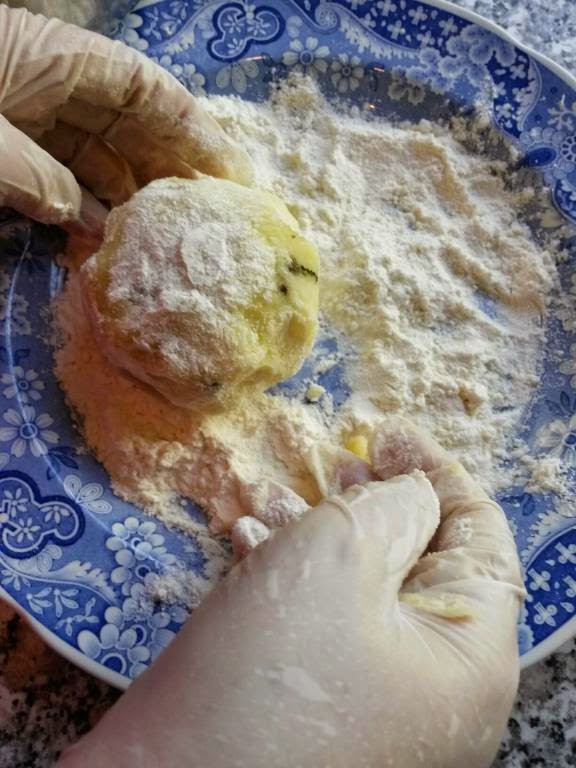 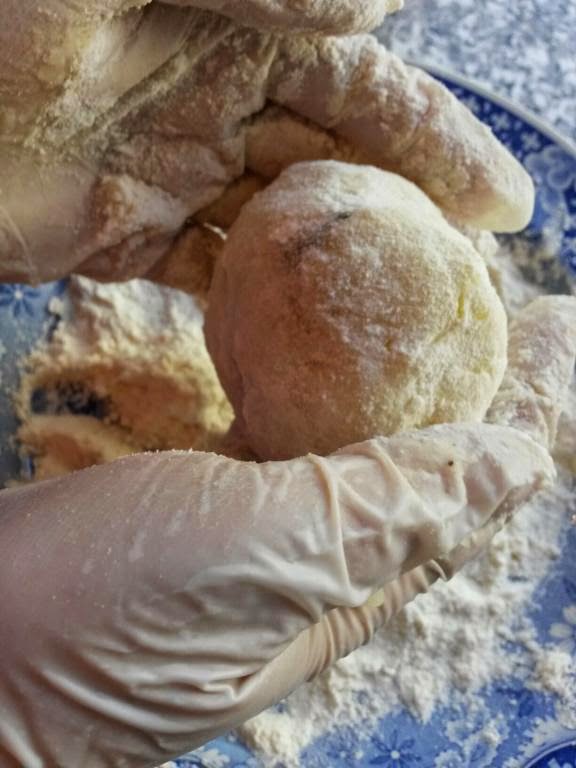 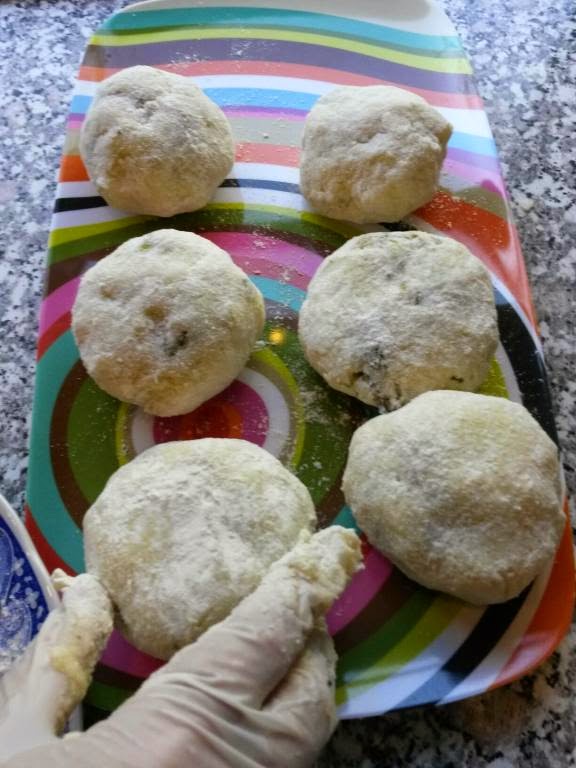 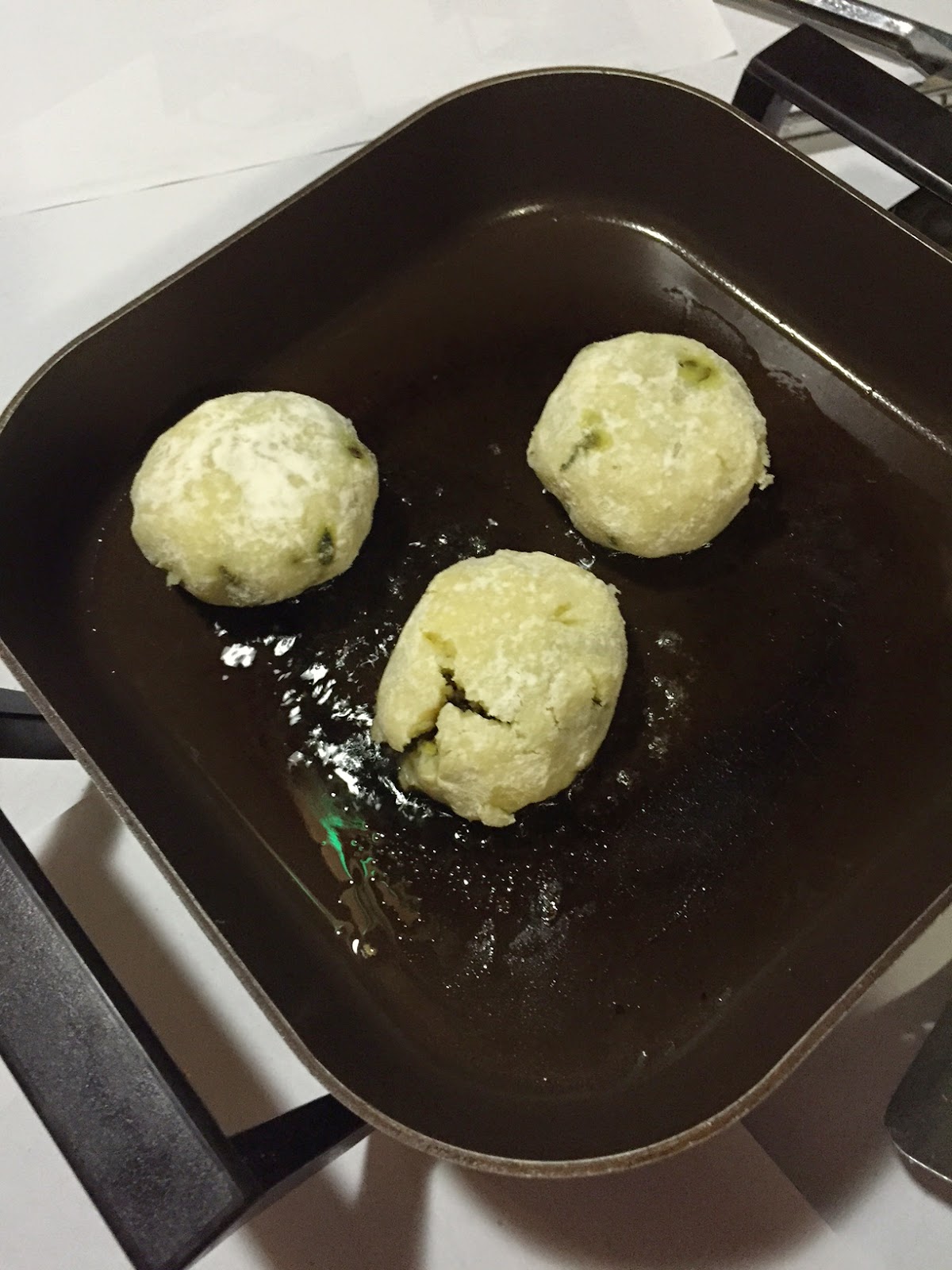 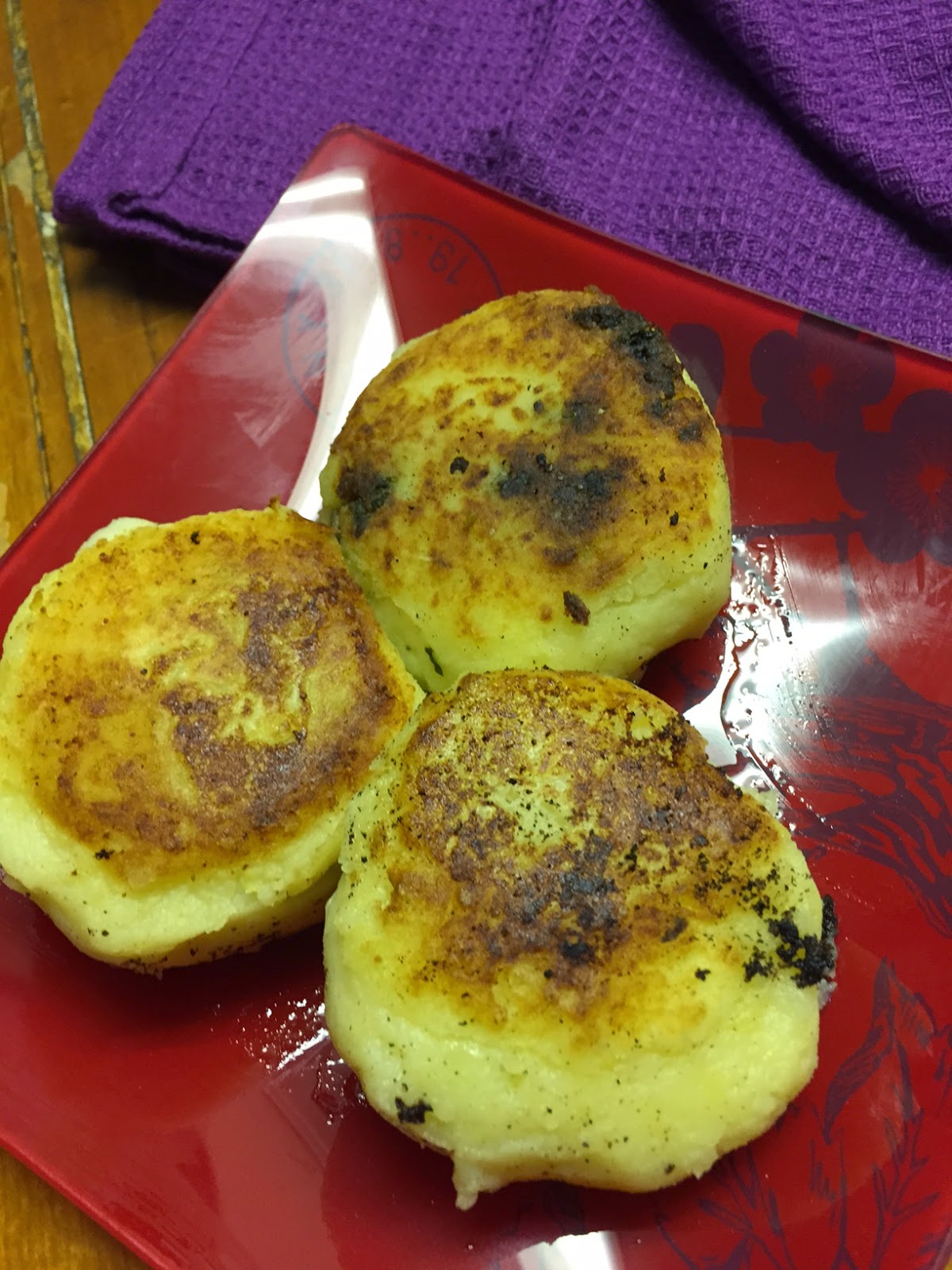