Ok readers, I decided I had to improve on that first attempt of egg cream which seemed to need some tweaking. I had left some for Mr Pickings to try later in the day and after drinking it, he said plaintively-"it wasn't what I expected".  So here is what I did the second time.
I grabbed my blender and put in half a cup of coconut milk and 4tbs of chocolate syrup.  I whizzed this up for about 30 seconds till it was frothy.
I then added a few drops of natural coconut essence to boost the flavour, and gently poured in some soda water.  It was now frothy and creamy without being heavy!  And made one delicious serving.  Yep I think I finally understand the egg cream thing. 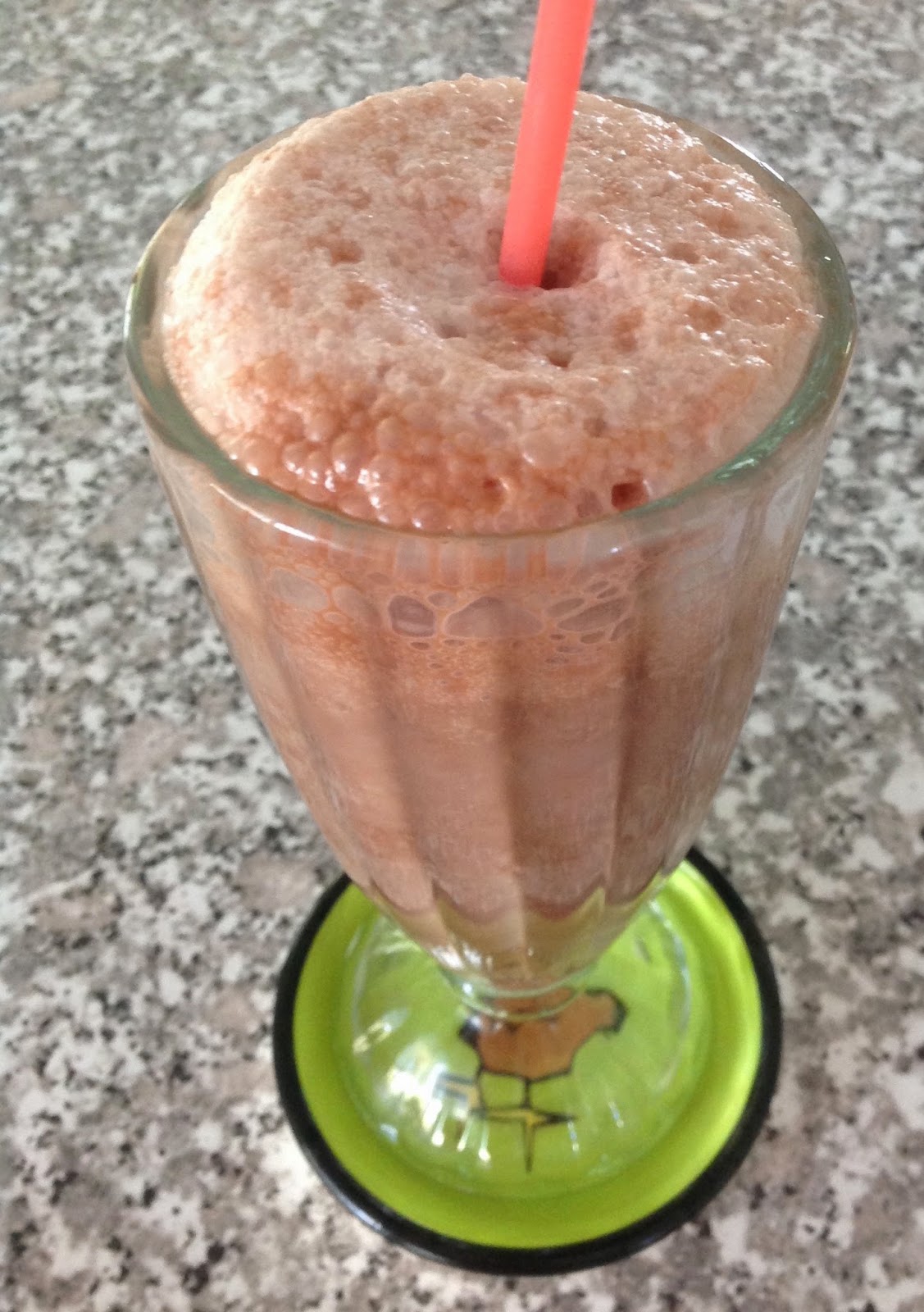